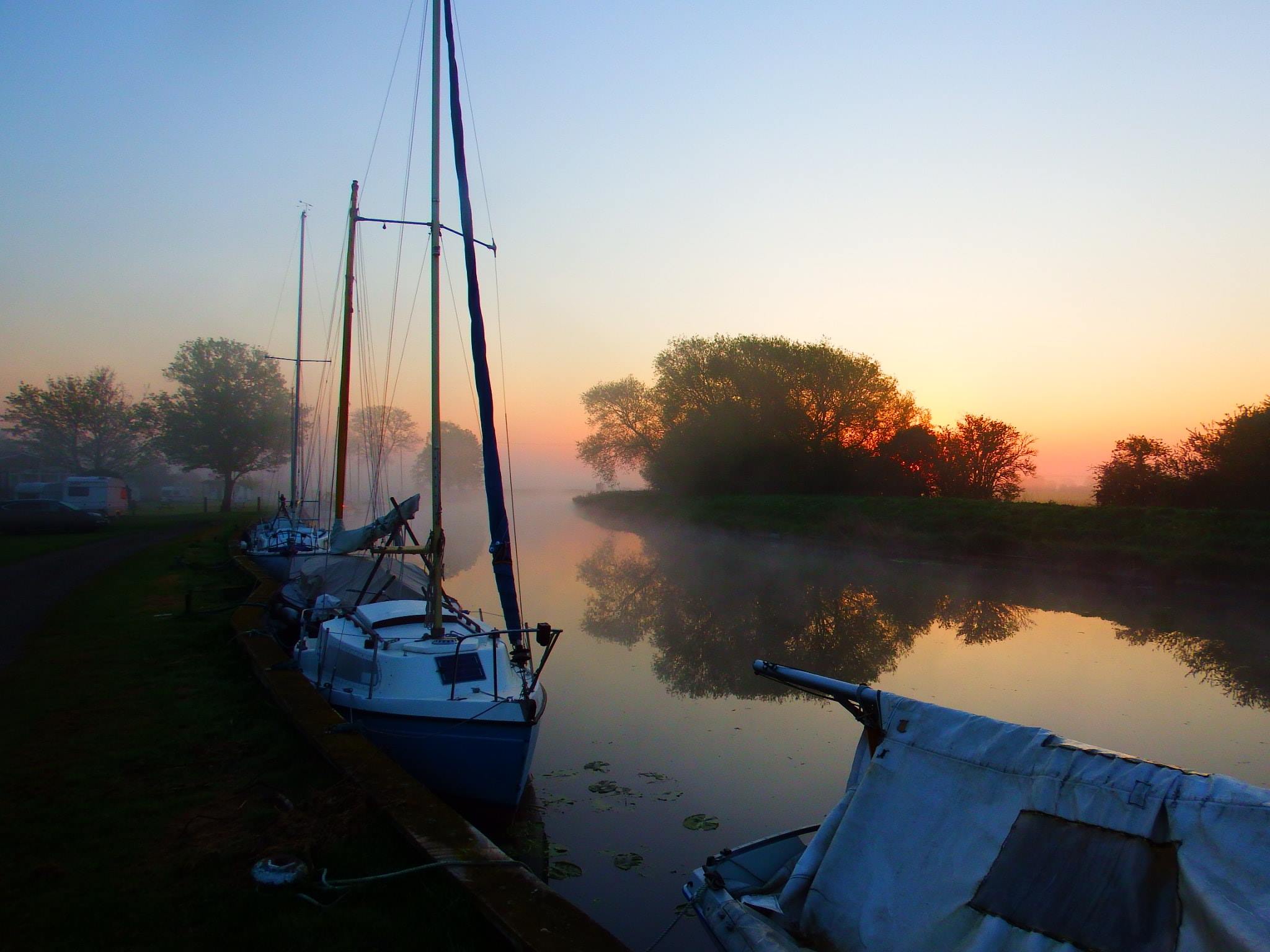 The facilities we have are:

Dinghies mostly sail between the club and Bottisham Lock, about 5/8 mile downstream. This is where our dinghy race course is. It’s a good stretch of water, which is clear of trees, in contrast to further upstream on the Cambridge side. It’s possible to go upstream to Clayhithe bridge, but it tends to be too sheltered for good sailing.

Crusiers usually go down through Bottisham Lock and can sail out of the Cam on to the Great Ouse and its other tributaries. There are no more locks going downstream until Denver Sluice in Norfolk, where seven waterways converge, three of them tidal. From the tidal Great Ouse you can get out into the Wash through King’s Lynn or turn left at Salter’s Lode in the Middle Level navigation to March and Peterborough.

It is also possible to sail up some of the Cambridgeshire lodes (ancient canals), especially early in the year – though if the wind is in the wrong direction, you have to motor one way or the other, as there’s no room to tack in a lode! Reach Lode dates from Roman Britain and you can enter it at Upware through a lock that gives you access to Reach, Burwell and Wicken Lodes. It’s possible to go upstream on the Cam right into Cambridge, though a motor will often be needed as it tends to be sheltered from the wind.

We have large wooden sheds behind the dinghy park. One serves as a sail loft and another can be used for simple boat repairs.

During the winter we put our more vulnerable dinghies under cover.

We have lovely grounds along the side of the River Cam, mostly laid to lawns, including nearly 400 yards of river frontage. It’s a very pleasant place to sit and watch the river traffic on a summer’s day.

Some members have chalets or caravans to sleep in during the summer, while others put up tents. Often there’s quite a community staying at the club at weekends or during the children’s summer holidays.

Dinghies are kept out of the water in our large dinghy park next to the river bank. We have two slipways for launching with trolleys.

There’s a long length of bank with wooden capping, mooring rings and rubber fenders so that you can temporarily tie up for embarking, rigging and so on.

Cruisers mostly have river moorings along the bank. They have their own concrete slipway for launching and recovery, which is located in a channel cut from the side of the river, where there is no current, which makes recovery easier.